Driving out from Galway into the backwards “C” of the coast, towards the very tip of County Clare,  we were finally in “postcard Ireland:” wet fields of cows and sheep, low piled-stone walls, and winding, shoulderless roads where I felt I had to hold my breath every time another car passed. 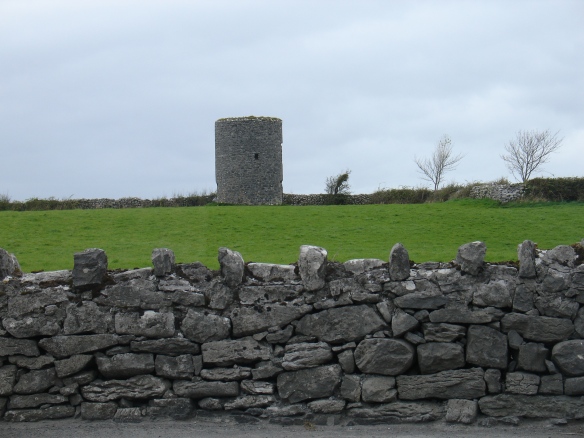 There are may inlets and small harbors dotting the coast, and the landscape changed dramatically based on whether or not the tide was in.  We stopped at Keogh’s for lunch in Kinvara village, where we enjoyed talking with one of the owners who had lived in Northern California for a while and then we let the boys run around in the playground of the local primary school before going up to Dunguaire Castle, a 16th century tower house. 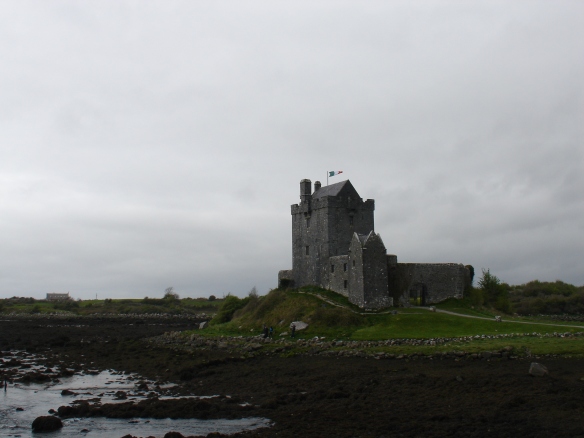 The house has passed though many hands, some aristocratic and some not; at one point it was a literary gathering spot for the likes of Yeats and Synge. The history of generous patronage has embedded itself in local lore: one merely needs to ask a question at the gate, and by the end of the day, it will be answered. 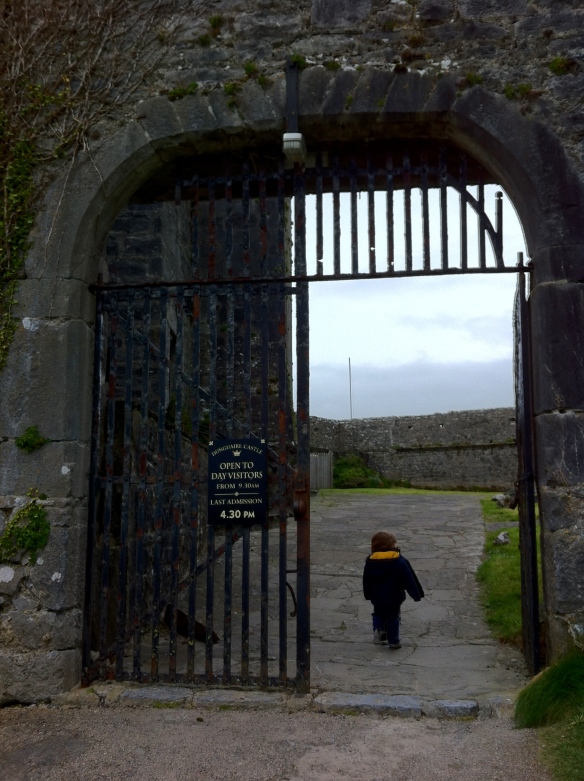 We climbed the damp, circular stairs all the way to the top. The wind shrieked through cracks in the small stairway windows. You can see how windy it was (and narrow!) in these pictures. 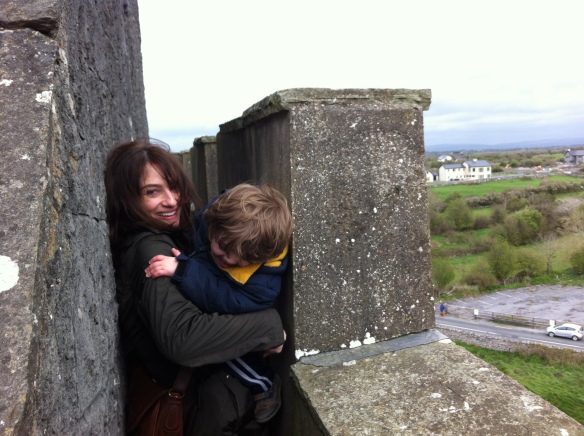 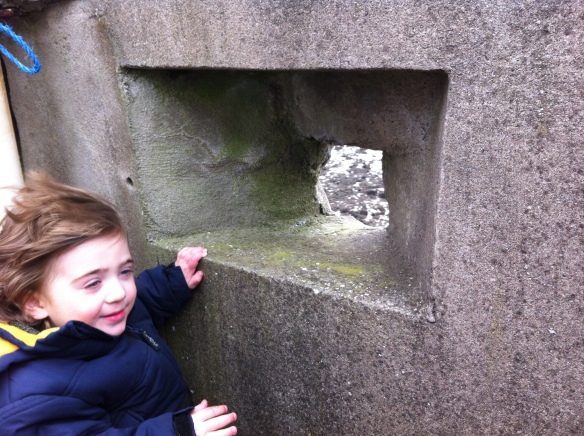 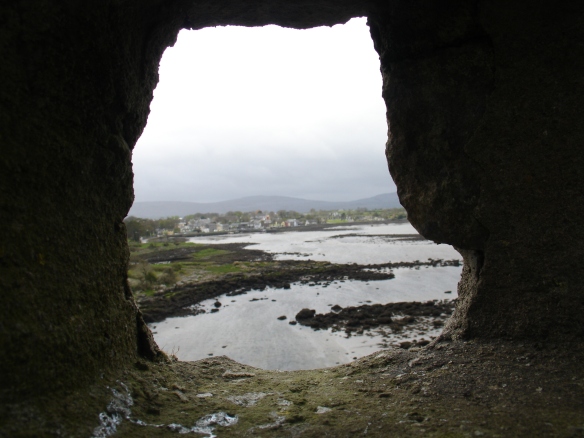 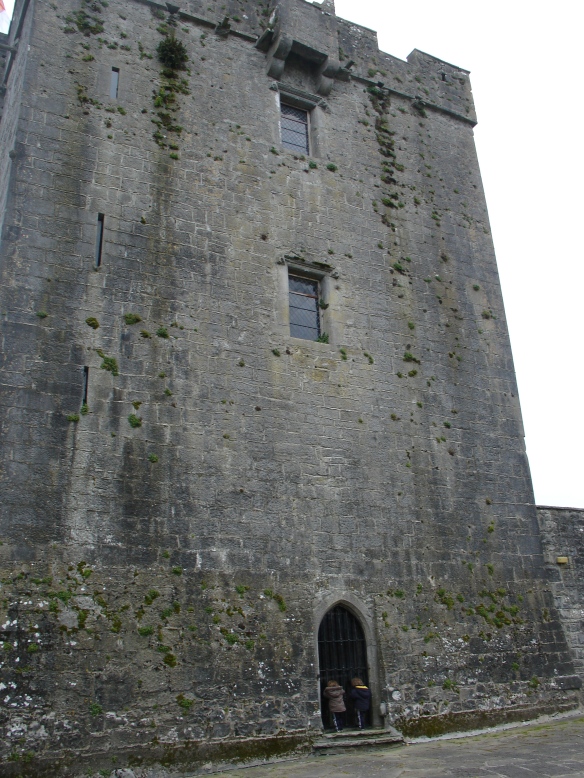 After the castle, we headed toward the village of Ballyvaughan. Along the drive here, some of the massive limestone hills of a geoological area known as The Burren began to loom over us.  They look vaguely lunar, and in better weather (perhaps later this June)  I hope we can see more of the slab fields and dolmens and some of the unique plants that grow in the area. We were headed to the Aillwee Cave, one of the oldest caves in Ireland, which had some Easter activities going on for kids. We thought it would be a good entry point for the boys to experience some of the Burren without loosing them down a “crike” (a crack in the rocks).

Let me tell you about touring a cave with toddlers: We had driven 45 minutes from our last location and we were determined to go. We were also sleep-deprived and wind-lashed, and possibly could only think of activities in terms of inside vs. outside as the weather over our weekend on the west coast got worse each day. As we waited in the tearoom, we discovered the tour was a half hour and that strollers/buggies couldn’t come along. A young girl ran screaming from the caves, followed by her exhausted-looking father a few seconds later. S and I looked at each other and just started laughing. Definitely not the best idea we’ve had. 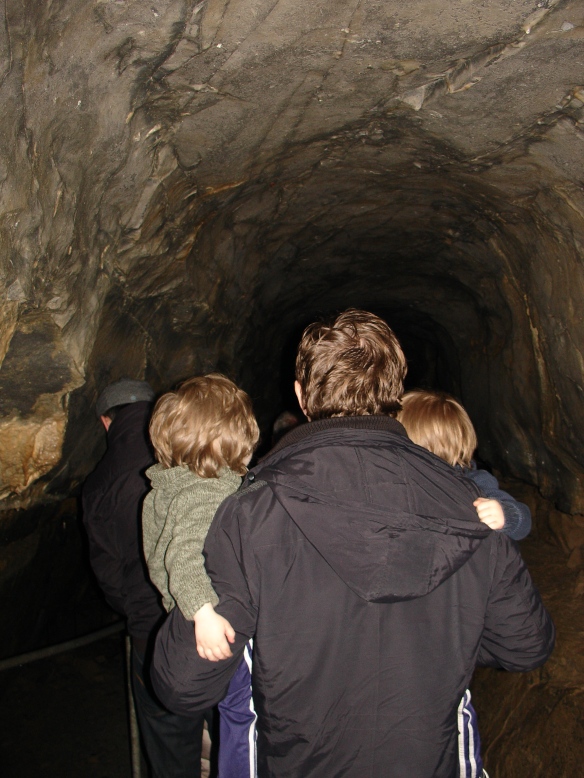 We straggled behind the tour group, trying to prevent the boys from veering off course into a chasm or from picking up some of the thousands-of-year-old-brown bear bones to put in their mouths. At one point, the tour guide shut the lights off completely. I don’t know exactly what he was saying then because all I heard was: 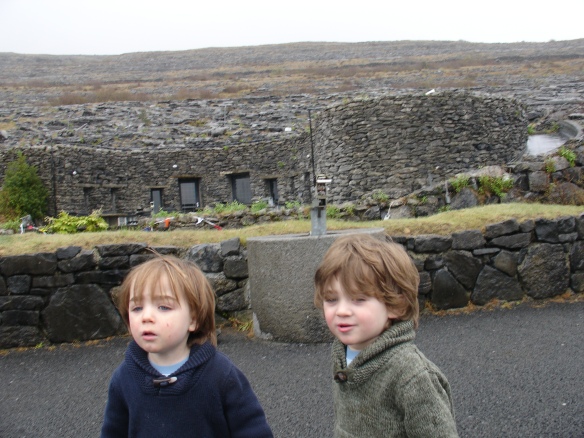 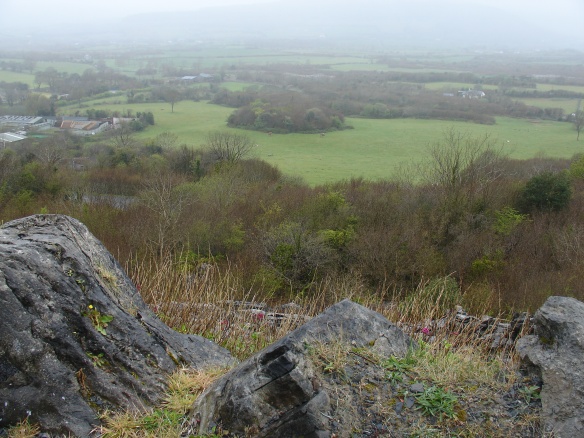 View from the terraced hillside where the cave is located. On a clear day, you are supposed to be able to see Galway Bay

We waited in a long queue for the restrooms before getting into our car for the return trip. To be more efficient, all four of us went into the “family” bathroom with the changing table. It was so tiny that the smallest movement I made in changing a diaper meant I would set off the automatic dryer on the wall. (You would be hard-pressed to find a paper towel dispenser in Ireland, and the boys hate the noise of the machines.) Every time I set off the dryer, I also set off rage and tears in whomever happened to be standing on the floor. G at one point started kicking and banging at the door, apparently in the hopes of soliciting help from the throngs of people outside who gave us dirty looks when we finally exited. 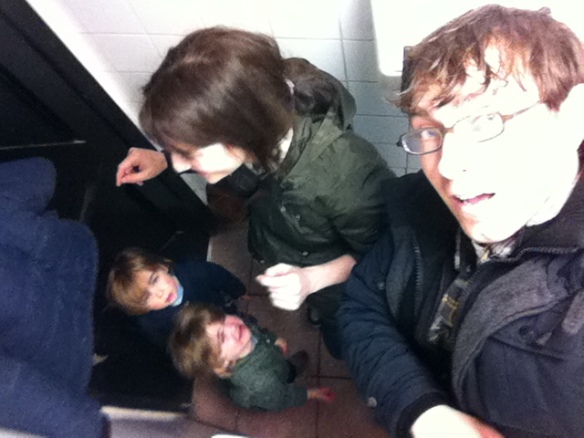 Because you should always end a travelogue with a photo of the majestic public rest room!

13 thoughts on “Kinvara, Ballyvaughan, and a bit of The Burren”